A lot of rain this month.  Hardly had to water.  Fertilized main roof 6/28 which might be late.  Veranda vines doing well.  Will have pics soon.   Front raspberries doing extremely well.   Haven’t watered them once this year.  Alley planter soaker hose seems to work.  Found a simple hose timer at Menards.  That is all…

Haven’t watered in a bunch of days and it’s raining again tonight (6/15).  Will take some photos soon. 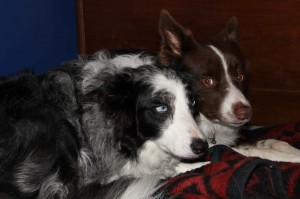 With fall upon us and the Bucktown garden over, Zoe and Brandon snuggle inside on the veranda.

No posts in awhile.  No pictures.  The garden is waning mid August again and I don’t know why.  All tomatoes and cucumbers are dead.  The morning glories were thin this year from the alley.  Clearly neglect has taken its toll there.  Right now, like the Cubs, I’m planning for next year.  Maybe the year the Cubs win the World Series will be the year I can get a tomato plant to survive until October.